I love the series of figurative works by American artist Aleah Chapin, entitled Aunties, of which The Tempest, above is one.

I love the warm happiness, the genuine laughter juxtaposed against the veracity of ageing bodies, sturdy in function, glorious in utility.  All denied the status of beauty in a society which values the unblemished firmness of youth in the female form above all else.  That makes me sad.

Not that youth is not beautiful.  It is.  But beauty also is evident in a life well lived and in the body in which that life journey is made.  In Aleah Chapin’s words:

The paintings, she says, “are not about making a point. Some of it was about exploring beauty and age, but that’s not why I painted them. These women are important to me. They are strong, wise and hilarious. I love them.” She was, she says, raised by such strong women that she tries not to let the idealisation of women in the images that daily bombard us affect her. “But it does. I feel strongly that things should be real. I wanted to show a different way of seeing, and to get at something that is universally human. A woman’s body is a map of her journey through life.

… there were some negative reactions about it being disgusting to see naked old women. The usual vitriol was scattered among the comment threads on the internet following the announcement of the BP Portrait award. My particular favourite was from an indignant woman who said she was never going to look like those old hags because she looks after herself. Obviously she is not on intimate terms with Mother Nature and her sometimes merciless bounty.

Denial and fear are the norm when confronting the spectre of old age, perhaps because we rarely come face to face with any happy expression of it. It is hidden and forbidden, so how great that this young woman’s warm gaze pushes open the door a little.

So say we all … I think.  Do you have any strong views on Aleah Chapin’s art? 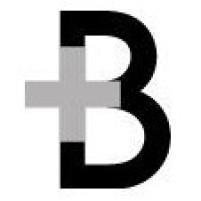